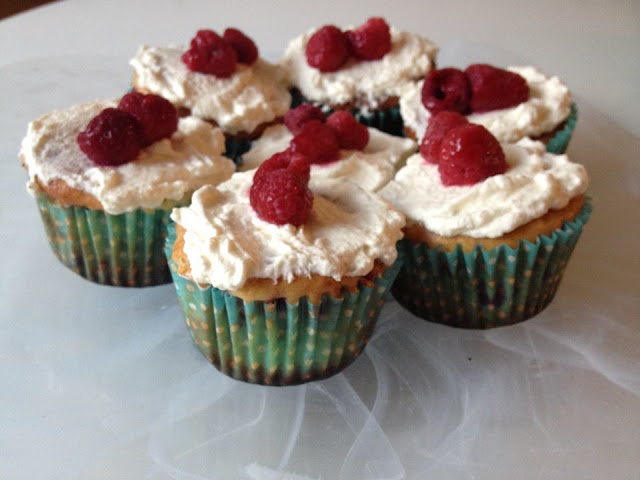 I made these cakes as a late - not my fault it was late, he was in Malaysia on the actual day - Fathers Day present, and as it was the first recipe I'd pretty much made up myself I was rather impressed with how they turned out. The only downside is because of the cheesecake swirl and the raspberries the mixture is rather moist so you have to be really watchful in case they burn... alternatively you could make up a vanilla brownie version, which would make the cooking simpler. 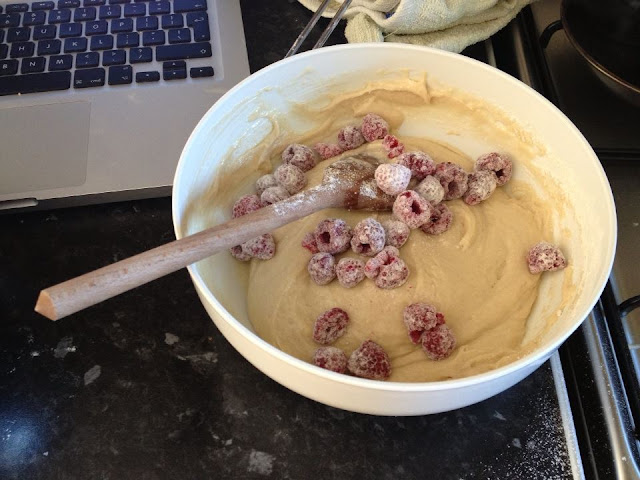 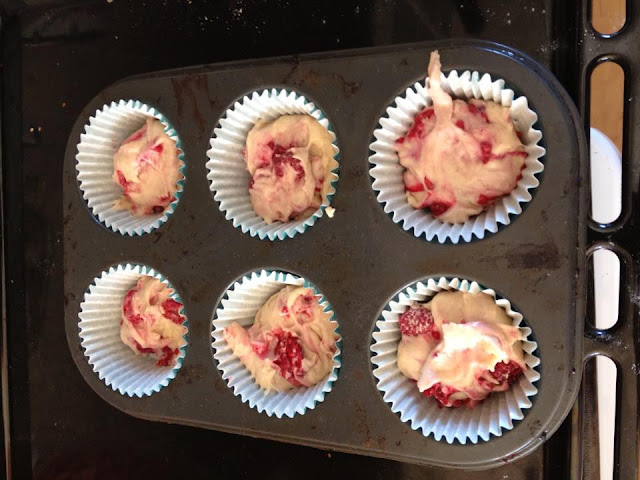 Mix dry ingredients together in bowl. In a separate bowl mix butter and egg, then add milk and buttermilk. Add the wet mixture to the dry mixture until just combined. Toss the raspberries in 1tbsp of plain flour and fold into mix. For the cheese cake swirl beat softened cream cheese, sugar, egg yolk and vanilla until smooth. Half fill cake cases with cupcake batter, add a tsp of the cheesecake mix and then cover slightly with more batter and gently swirl. Bake at 175˚C for about 25 minutes, or until an inserted tooth pick comes out clean.

Whip the cream with a whisk until stiff and layer on top of cakes once cooled. Top with raspberries or grated white chocolate. 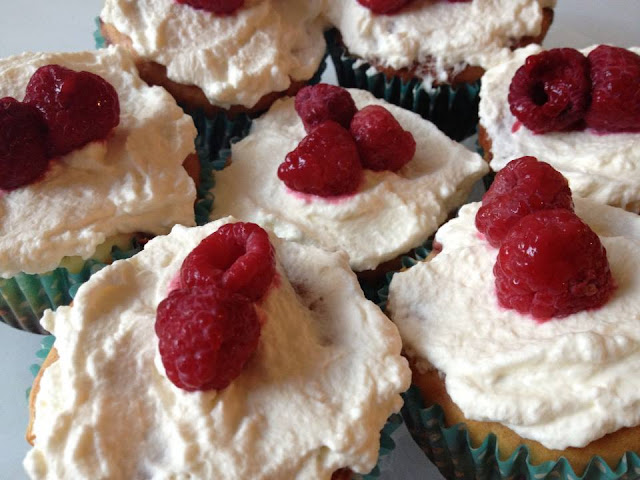 a ceramic figurine in the backseat
Posted by Fern at 13:54 No comments:

A TRIP TO EGYPT 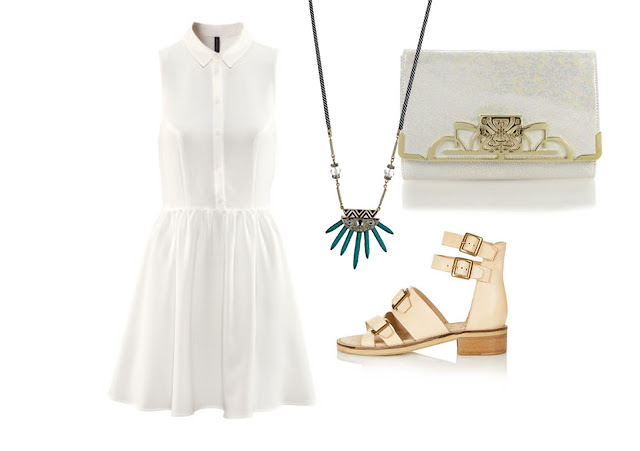 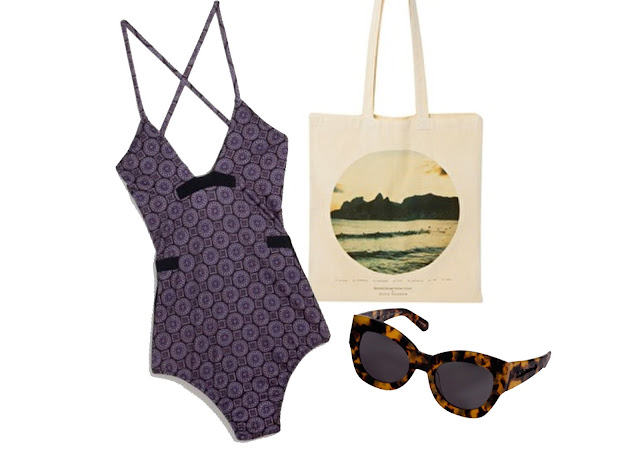 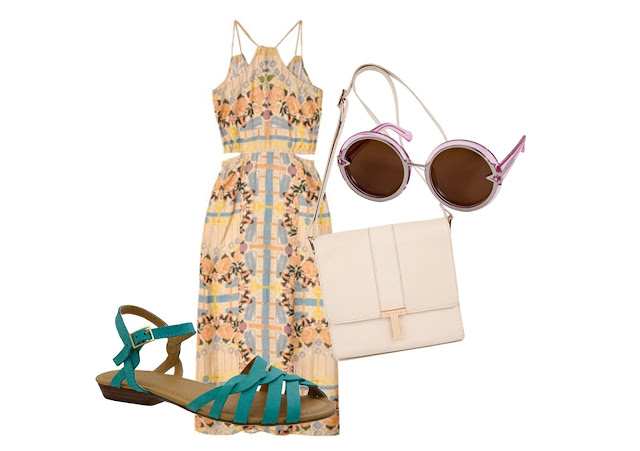 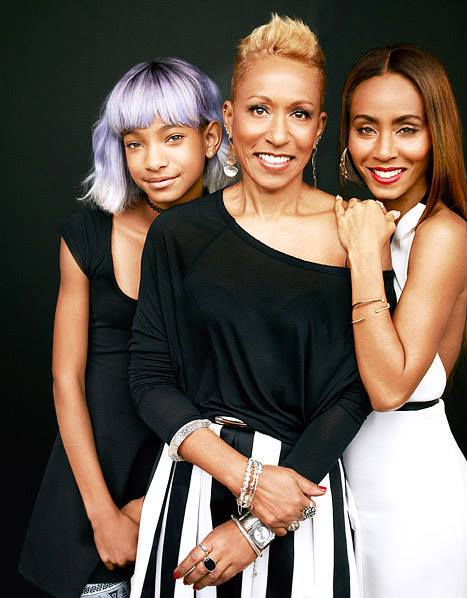 This recently released video features actress Jada Pinkett Smith, her daughter Willow Smith, and Jada’s own mother Adrienne Banfield-Jones. The three generations of women discuss their relationships with one another openly, honestly, and in depth, with complete acceptance of one another. Within society, girl love (appreciating and loving our female counterparts), is often forgotten and turned into the notion that all women are ‘bitchy’, ‘two faced’ and cannot be trusted. The women of the Smith family are an inspiration and encourage us to consider our own relationships with the women within our own families and upbringings, and to not only relate, take advice and knowledge from the women before us, but also for older generations to grow alongside younger women, to understand a new way of thinking.
ANNA
Posted by Fern at 16:40 No comments: 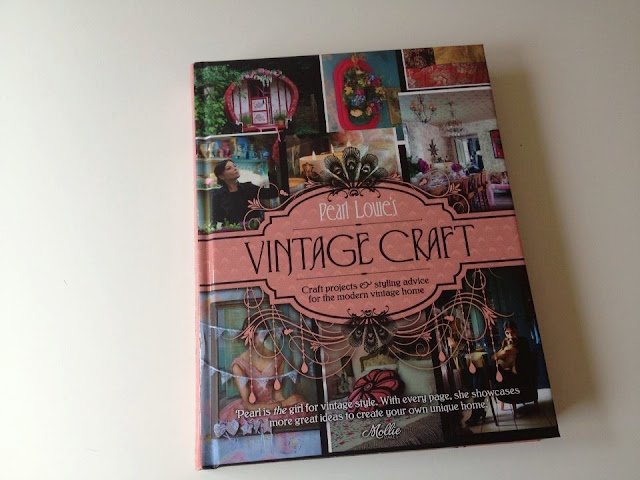 I had the best surprise when I arrived home from work today - an unexpected Amazon parcel that contained this beauty of a book! I've been lusting after Pearl Lowe's Vintage Craft for a small while now, but I thought it was so close to my Birthday I'd wait, luckily, I didn't have to. It's only been in my hands a few hours but I've been pouring over every page, getting excited to make pretty much everything in there. There have been other books, in the past, that I've loved at first sight but as soon as I see inside I lose interest because they're just full of things you'd never need or want to make, only the odd gem. From Bohemian Planters and lace panels, to personalising vintage plates and even reupholstery, this book has everything covered. 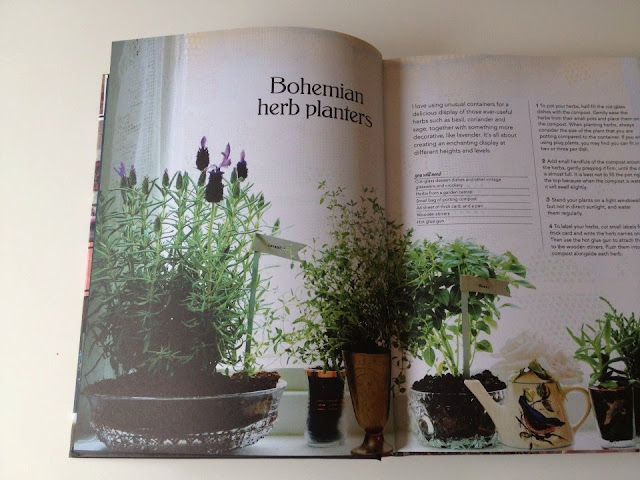 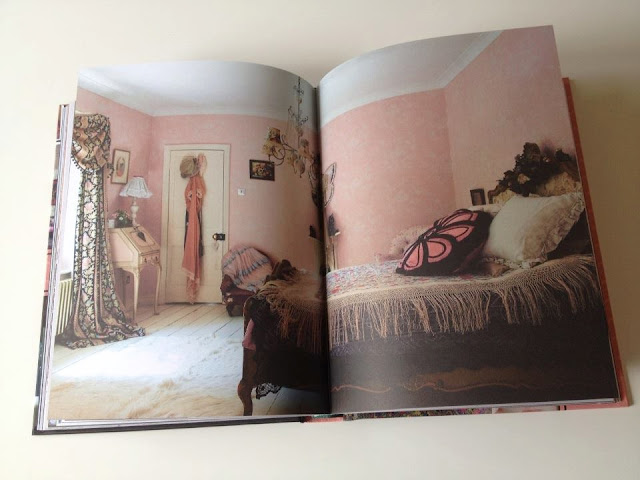 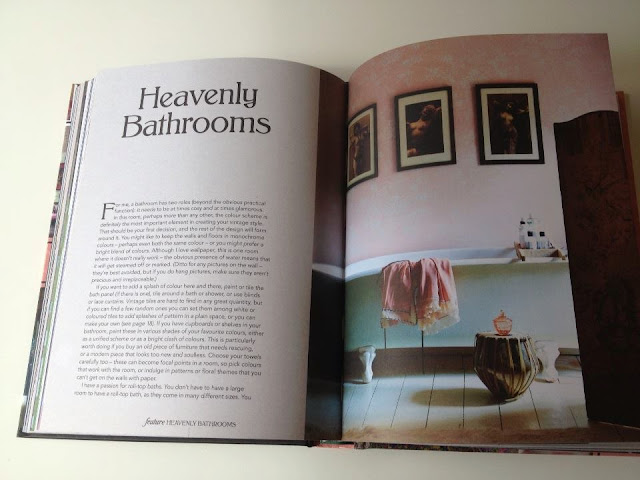 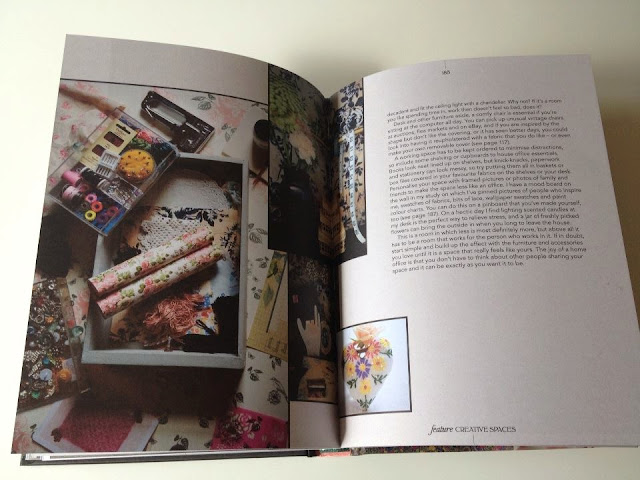 Recently Laura Fernee was chastised within the media for declaring that she is too pretty to be taken seriously at work. Many women I’m sure can associate with the embarrassing and uncomfortable effects of street harassment, which often seems harmless to men and women who don’t experience it. Personally street harassment can ruin my day, and often make me not want to leave the house, so imagine having this feeling daily at your workplace. Although Fernee’s argument may be controversial and arguable, I can understand her stance on the subject. During her interview on ITV’s This Morning, she explained that her male and female colleagues made her feel inadequate intellectually by assuming her glamorous exterior defined her personality and academic abilities, for example, a fitted dress, lipstick or pearl necklace.

As a young woman fresh out of University, I have begun the job search, and for the first time I have started to consider what I would wear in professional circumstances, for example, a job interview. I don’t believe that your individuality and unique qualities should be boxed into a boring business cliché, and if at any point you are in danger of not being taken seriously because of an overtly feminine or sexy style, I would simply put this down to sadly jealous and intimidated co-workers. Dress to suit yourself, and always be true to your personal style, whatever the environment.
ANNA
Useful info; The New Professional, The Working Wardrobe, Mizhattan, Net-a-porter
images - laura fernee, jackets m&s, dorothy perkins, river island.
Posted by Fern at 10:15 No comments: 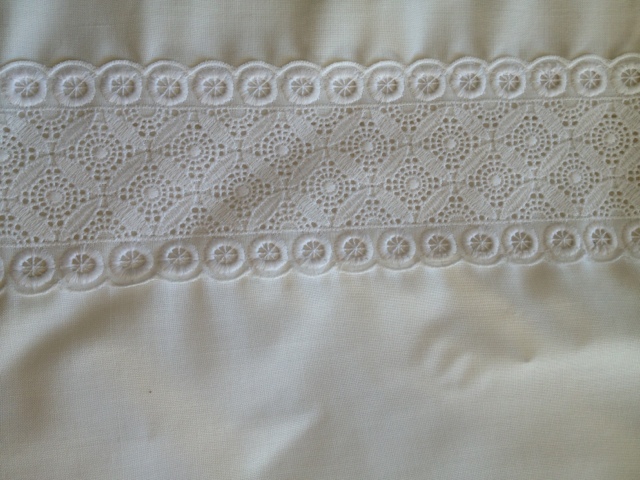 I'm somewhat lacking in Internet at the moment, as a result I'm posting this from my phone - hope it looks normal! The sun has finally landed in England so we're soaking it up as this last couple of weeks is probably the only summer we'll likely get, then it'll be back to being cold. Here are a few things I've found lately; pillowcases, a strangely cute painting, an AMAZING handmade throw I bought for €15(!) when I was in the south of France and a gorgeous vintage 60s dress from New Orleans. I wore it when I modelled for a vintage fair this last Monday.. But that's a whole other story. 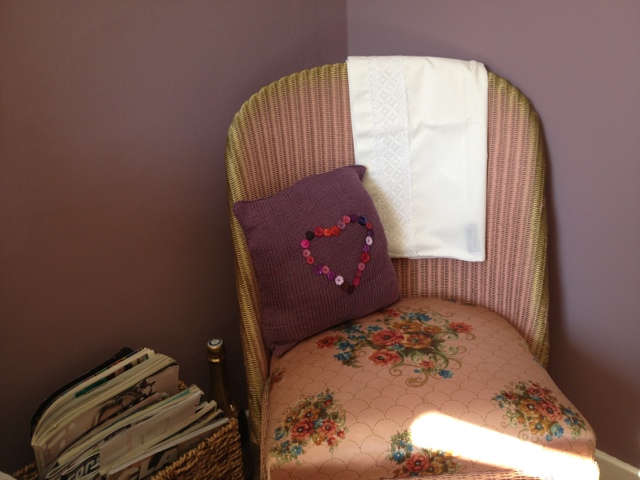 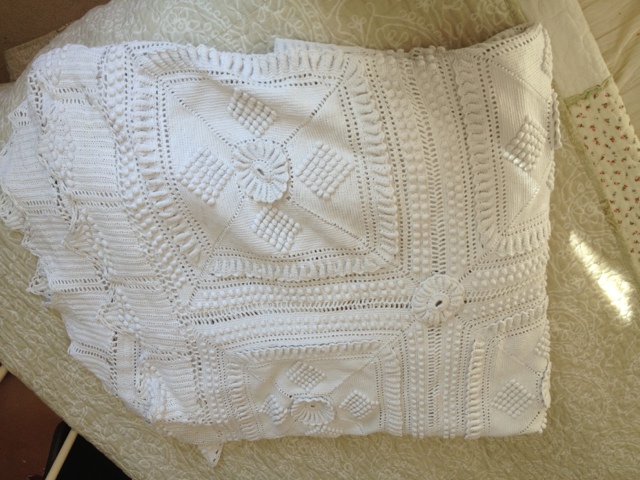 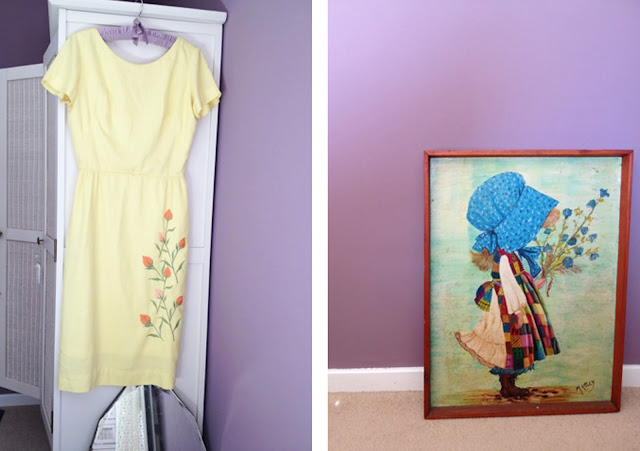